The goal of this guide is to provide LGBTQIA students and their community resources which can be used to improve their educational experiences and to create inclusive school environments. 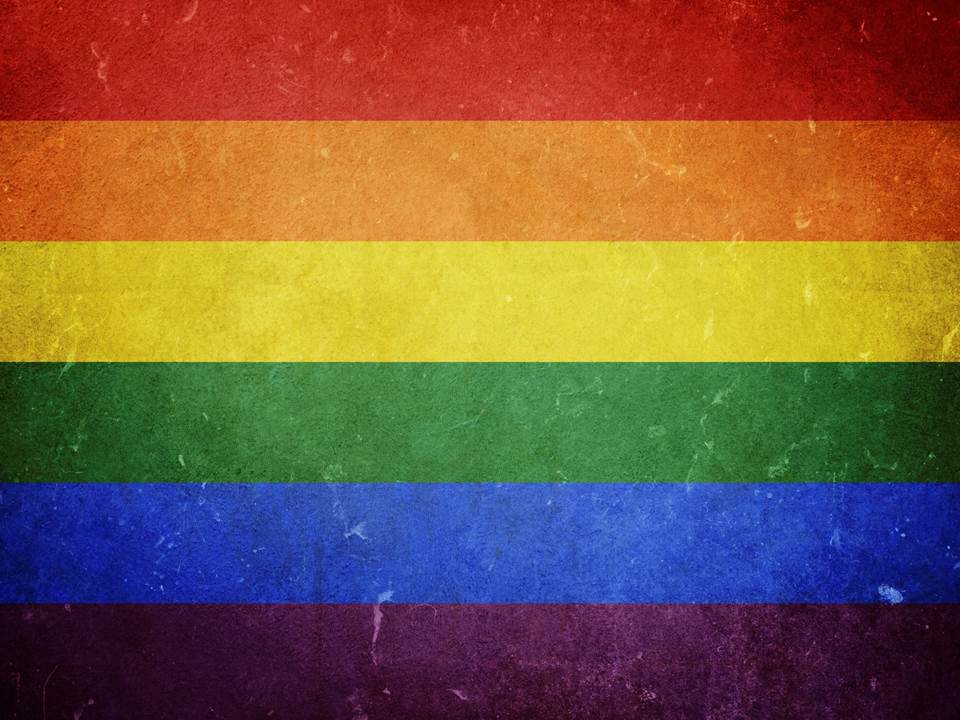 What is the QSA?

The Queer Straight Alliance is an Upper School club open to all students who are interested in talking about and advocating for sexual orientation and gender identity rights. All are welcome.

What is in this guide?

This guide is intended to provide information and resources for students, faculty, staff, and families related to LGBTQIA issues. Along with recommended reading for pleasure, each tab above provides different resources for a different part of the community.

Visit the For Research if you are looking for information you can use for a paper or want to know more about the history of the LGBT movement.

The For Students tab features resources on coming out, being an advocate, and finding a GLBTQ friendly college, as well as booklists, and listings of local organizations and call centers.

Resources For Educators including Lesson Plans and professional development readings are under this tab.

Families in search of books for children, middle schoolers and themselves can find these resources in the For Parents tab.

This guide is a growing document and we hope to build upon it over time.

The following definitions are taken from the Human Rights Campaign's Glossary of Terms:

“Many Americans refrain from talking about sexual orientation and gender expression identity because it feels taboo, or because they’re afraid of saying the wrong thing. This glossary was written to help give people the words and meanings to help make conversations easier and more comfortable.

Ally | A person who is not LGBTQ but shows support for LGBTQ people and promotes equality in a variety of ways.

Androgynous | Identifying and/or presenting as neither distinguishably masculine nor feminine.

Asexual | The lack of a sexual attraction or desire for other people.

Bisexual | A person emotionally, romantically or sexually attracted to more than one sex, gender or gender identity though not necessarily simultaneously, in the same way or to the same degree.

Cisgender | A term used to describe a person whose gender identity aligns with those typically associated with the sex assigned to them at birth.

Closeted | Describes an LGBTQ person who has not disclosed their sexual orientation or gender identity.

Coming out | The process in which a person first acknowledges, accepts and appreciates their sexual orientation or gender identity and begins to share that with others.

Gay | A person who is emotionally, romantically or sexually attracted to members of the same gender.

Gender dysphoria | Clinically significant distress caused when a person's assigned birth gender is not the same as the one with which they identify. According to the American Psychiatric Association's Diagnostic and Statistical Manual of Mental Disorders (DSM), the term - which replaces Gender Identity Disorder - "is intended to better characterize the experiences of affected children, adolescents, and adults."

Gender-expansive | Conveys a wider, more flexible range of gender identity and/or expression than typically associated with the binary gender system.

Gender expression | External appearance of one's gender identity, usually expressed through behavior, clothing, haircut or voice, and which may or may not conform to socially defined behaviors and characteristics typically associated with being either masculine or feminine.

Gender-fluid | According to the Oxford English Dictionary, a person who does not identify with a single fixed gender; of or relating to a person having or expressing a fluid or unfixed gender identity.

Gender identity | One’s innermost concept of self as male, female, a blend of both or neither – how individuals perceive themselves and what they call themselves. One's gender identity can be the same or different from their sex assigned at birth.

Gender non-conforming | A broad term referring to people who do not behave in a way that conforms to the traditional expectations of their gender, or whose gender expression does not fit neatly into a category.

Genderqueer | Genderqueer people typically reject notions of static categories of gender and embrace a fluidity of gender identity and often, though not always, sexual orientation. People who identify as "genderqueer" may see themselves as being both male and female, neither male nor female or as falling completely outside these categories.

Gender transition | The process by which some people strive to more closely align their internal knowledge of gender with its outward appearance. Some people socially transition, whereby they might begin dressing, using names and pronouns and/or be socially recognized as another gender. Others undergo physical transitions in which they modify their bodies through medical interventions.

Heterosexism| having the assumption (and acting on it) that everyone is heterosexual and cisgender; ignoring the existence of queer people.

Homophobia | The fear and hatred of or discomfort with people who are attracted to members of the same sex.

Intersex | Having the biological characteristics of both males and females. This may be anatomical (e.g. having both a testis and an ovary) and/or chromosomal (e.g., anatomically female with XY sex chromosomes)

Lesbian | A woman who is emotionally, romantically or sexually attracted to other women.

LGBTQ | An acronym for “lesbian, gay, bisexual, transgender and queer.&rdquot;

Living openly | A state in which LGBTQ people are comfortably out about their sexual orientation or gender identity – where and when it feels appropriate to them.

Outing | Exposing someone’s lesbian, gay, bisexual or transgender identity to others without their permission. Outing someone can have serious repercussions on employment, economic stability, personal safety or religious or family situations.

Panphobia | fear and/or hatred of people who are pansexual

Pansexual | Describes someone who has the potential for emotional, romantic or sexual attraction to people of any gender though not necessarily simultaneously, in the same way or to the same degree.

Questioning | A term used to describe people who are in the process of exploring their sexual orientation or gender identity.

Same-gender loving | A term some prefer to use instead of lesbian, gay or bisexual to express attraction to and love of people of the same gender.

Sexual orientation | An inherent or immutable enduring emotional, romantic or sexual attraction to other people.

Transgender | An umbrella term for people whose gender identity and/or expression is different from cultural expectations based on the sex they were assigned at birth. Being transgender does not imply any specific sexual orientation. Therefore, transgender people may identify as straight, gay, lesbian, bisexual, etc.

Transphobia | The fear and hatred of, or discomfort with, transgender people." 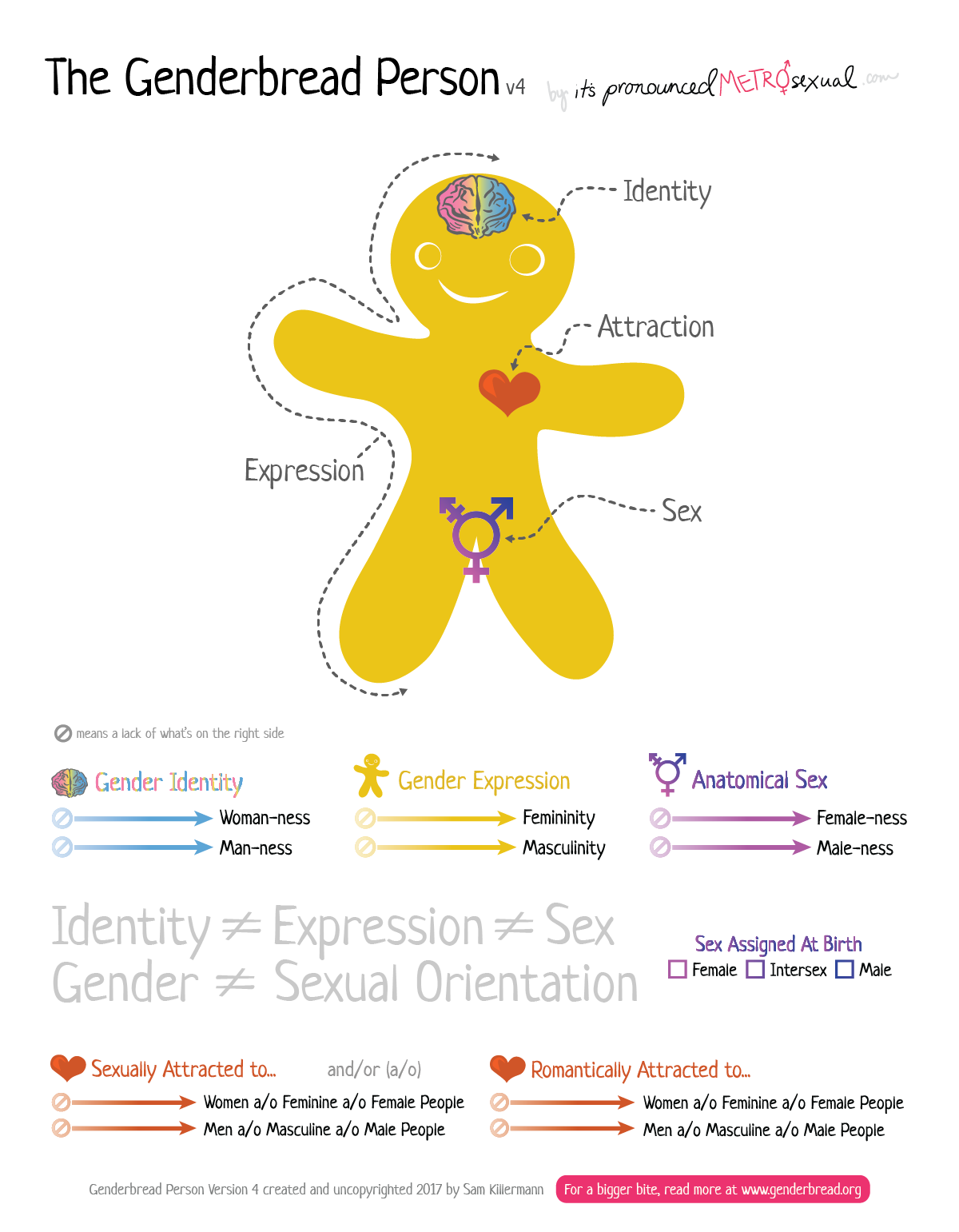 Special thanks to Amanda Melilli, Teacher Development and Resources Librarian at the University of Nevada, Las Vegas, for providing the bones of this resource guide via her LGBTIA Resources guide.