An introduction and resource page about learning differences.

A language-based disorder in which a person has trouble understanding written words. Sometimes records refer to it as a reading disability. "Dyslexia is one of several distinct learning disabilities. It is a specific language-based disorder of constitutional origin characterized by difficulties in single word decoding, usually reflecting insufficient phonological processing abilities. These difficulties in single word decoding are often unexpected in relation to age and other cognitive and academic abilities; they are not the result of generalized developmental disability or sensory impairment. Dyslexia is manifested by variable difficulty with different forms of language, often including, in addition to problems reading, a conspicuous problem with acquiring proficiency in writing and spelling."

A mathematical disorder in which a person has trouble with time, solving arithmetic problems, and understanding math concepts and symbols.

A writing disorder in which a person has trouble forming letters or writing within a defined space. See Video on Spatial Activities to Experience Firsthand what dysgraphics encounter.

Above 3 descriptions from NLDline, LDOnline=What is a Learning Disability and Shelton School: What are Learning Differences?

Sensory disorders in which a person has difficulty understanding language even though they have normal hearing and vision.

"Information is primarily brought into the brain through the eyes (visual perception) and ears (auditory perception). An individual might have difficulty in one or both areas.

Visual Perception. One might have difficulty distinguishing subtle differences in shapes (called graphemes). They might rotate or reverse letters or numbers (d, b, p, q, 6, 9); thus misreading the symbol. Some might have a figure-ground problem, confusing what figure(s) to focus on from the page covered with many words and lines. They might skip words, skip lines, or read the same line twice. Others might have difficulty blending information from both eyes to have depth perception. They might misjudge depth or distance, bumping into things or having difficulty with tasks where this information is needed to tell the hands or body what to do. If there is difficulty with visual perception, there could be problems with tasks that require eye-hand coordination (visual motor skills) such as catching a ball, doing a puzzle, or picking up a glass."

A neurological disorder, originating in the right hemisphere of the brain, causing problems with visual-spatial, intuitive, organizational, evaluative, and holisitic processing functions. From NLDline: "NLD consists of specific assets and deficits. The assets include early speech and vocabulary development, remarkable rote memory skills, attention to detail, early reading skills development and excellent spelling skills. In addition, these individuals have the verbal ability to express themselves eloquently. Moreover persons with NLD have strong auditory retention. Four major categories of deficits and dysfunction also present themselves:

Above from NLDline, LDOnline=What is a Learning Disability and Shelton School: What are Learning Differences?

(Attention Deficit Hyperactivity Disorder) "Developmentally inappropriate degrees of inattention, impulsiveess, and hyperactivity" appearing in most situations to varying degrees. It is more pronounced when in situations of required attention--listening to a teacher, at meetings, when doing required assignments or chores. "Some people, however, show signs of the disorder in only one setting, such as at home or at school. Signs of the disorder may be minimal or absent when a person is receiving frequent reinforcement or very strict control, or is in a novel situation or a one-to-one situation."  ADD (Attention Deficit Disorder) is the distractibility without the hyperactivity.

Shelton School: What are Learning Differences?

In a school situation, "a language-learning different child shall be defined as a child with average or above-average intelligence, with adequate vision and hearing, without primary emotional disturbance who has failed or is at high risk to fail when exposed to school experiences using conventional educational techniques. Language- learning differences include, but not exclusively, (1) dyslexia, (2) attention deficit disorder with or without hyperactivity, (3) dysgraphia and (4) dysphasia or a combination of these differences."

There is a physical, neurological problem with processing information. 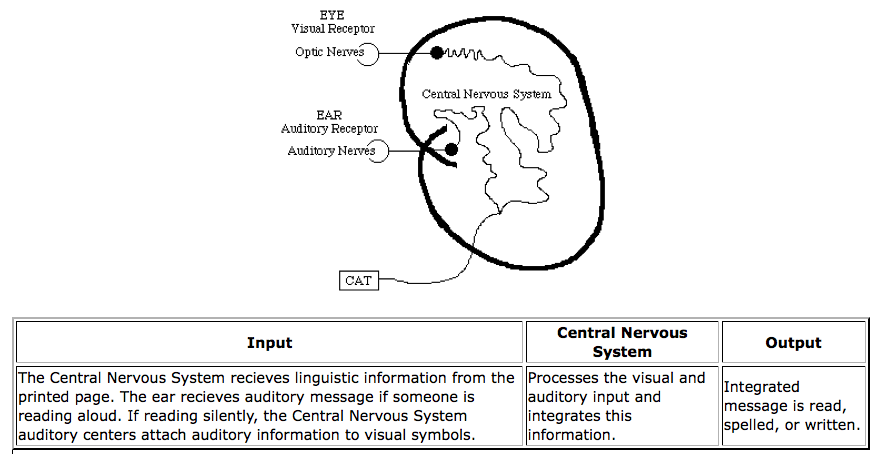 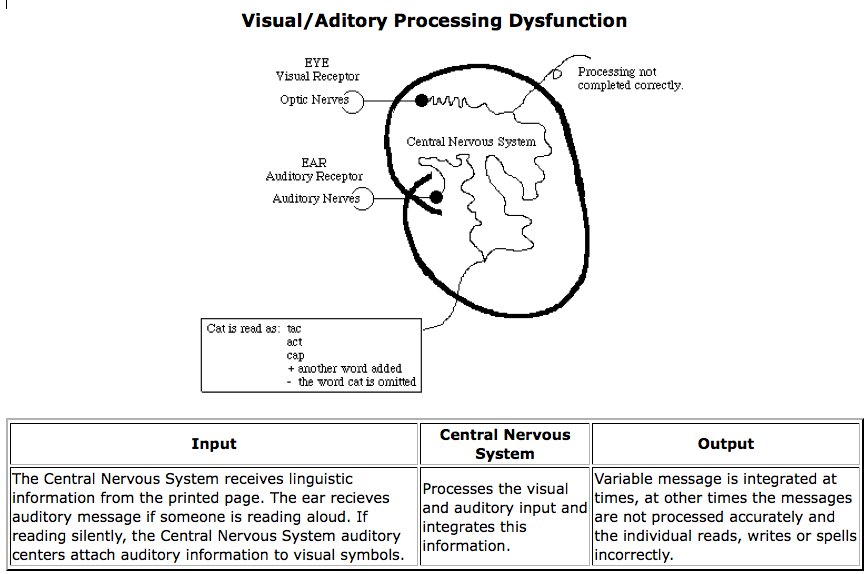